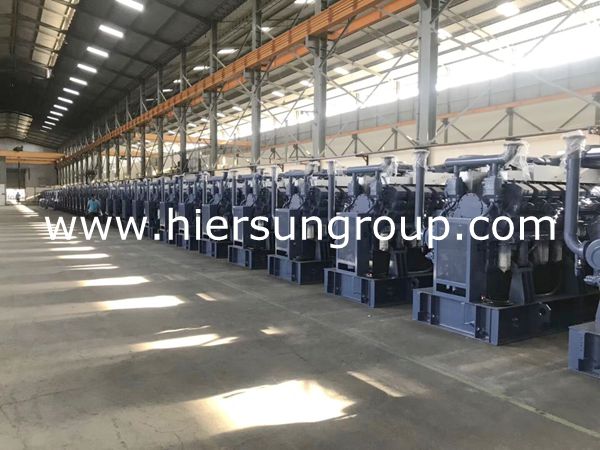 BAUDOUIN was founded in 1903, with a long history. Its diesel engines are widely used in vehicle, ship, engineering, industry and other fields. It has been the main supplier of French military diesel engines for a hundred years. At the end of 2008, BAUDOUIN officially became a wholly-owned subsidiary of WEICHAI group. After years of development, BAUDOUIN is now a high-end engine brand of WEICHAI group!

Moteurs Baudouin headquartered in Cassis, France. For nearly a century, Moteurs Baudouin, a power supplier with the sailing spirit, has been the power generation specialist for the marine and inland shipping industry. In 1929, the company became one of the top three engines suppliers for the nautical activity; In 1948, it launched the perfect propulsion system; In 1983, the F11 engines (6F11 SRX) were equipped in AMX10 tanks; In 1989, it took part in the F1 European Offshore Championship for the first time and won the diesel championship; In 1991, the company developed three kinds of M26 series engines (L6, V8, V12). Moteurs Baudouin of French changed its name to Societe Internationale Des Moteurs Baudouin in 2009.

A history of BAUDOUIN

Hiersun Power work with Weichai Group for a decade. Most of our marine and vessel project select the Weichai models. And BAUDOUIN series is our first choice among the Weichai series for its high performance and durability.